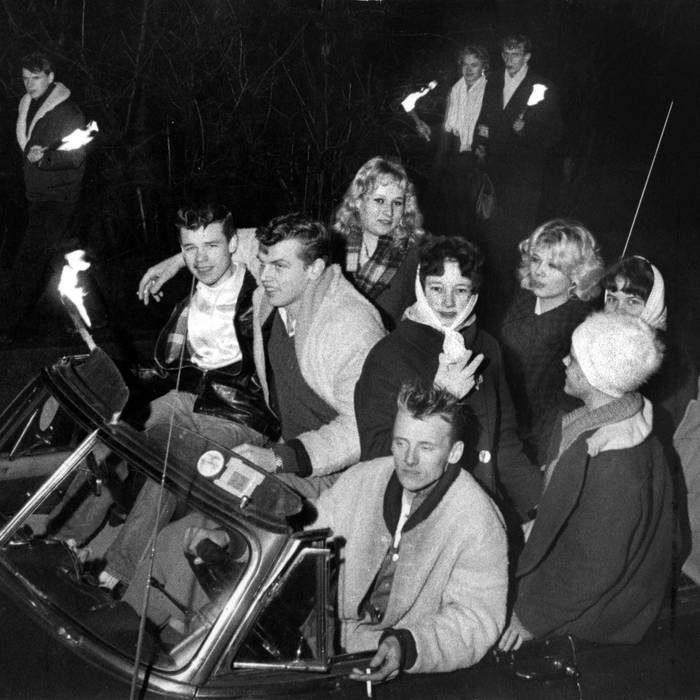 Shake is the newest LP from Cy Dune, the pen name and mythological rebel persona of Seth Olinsky, guitar virtuoso, vocalist, and songwriter of legendary underground noise punk freaks Akron/Family, and co founder of Lightning Records. Also known for his work with Swans/Angels of Light /YGR founder Michael Gira and post minimalist mastermind Rhys Chatham, as well as collaborations with everyone from Hamid Drake and William Parker to Oneida, Keiji Haino and Tatsuya Nakatani.

Cy Dune began in 2012 in the Sonoran Desert outside of Tucson, AZ when alongside Lightning co-founder, conceptual artist and musician Ali Beletic, the two removed themselves from the conservative, middle of the road hipster culture of the late 00’s to begin again artistically in the sun and raw ancient Americanism of the desert. There he recorded his critically acclaimed first ep No Recognize and forthcoming Desert LP, and first married the primitivist poetic powers of the American blues mythology with the religious rock power envisioned by Patti Smith and the 70’s NYC art/punk movement.

Shake is planted firmly in the Lightning mission statement - we believe in the transcendent power of rock n roll. Inspired directly by artist Dan Graham’s video art piece Rock my Religion where Graham explores the power of physical movement in the Shaker religion and compares it to the shaking rock musics of Jerry Lee Lewis, Patti Smith, and Black Flag, Shake traces the DNA of rock n roll through its musical and poetic building blocks back into the human transcendent experience.

Stolen lyrical phrases of Willie Dixon and Jerry Lee Lewis collide with musical figures from the Bad Brains, early Beatles, Chuck Berry, Lou Reed, and Suicide, performed with an immediacy and aching commitment to rock n roll as an expression of mythological fertility, self expressionand masculinity, a power symbol, a rebellion, a commitment to the belief that rock n roll contains certain indelible human rights, and through this belief a prayer to transcend collage - not mere reflection, but projection into a place where to move is to create a movement. To be moved.

After nearly a year of experimenting with these ideas in one form or another in performance and the studio, Shake was written, captured, and produced in its entirety over a 3 day weekend in the Mojave Desert on an art retreat in Joshua Tree, CA. Meant as a prayer to participate in authentic contemporary masculinity and the 21st century rock and roll religious experience, an open willingness to give over and participate in the unhinged fun of rock n roll, and the deep belief that this is something we all want.


“Akron/Family have certainly flirted with righteous dosages of heaviness during the last decade. On “MBF”, for instance, they blasted through walls of Bastard-sized noise; on a 2005 split with Angels of Light, they teasingly crept toward stillness, only to catapult into blasts of distortion-and-volume damage. But none of that adequately presages “Where the Wild Things,” the glorious wrecking ball that leads No Recognize, the debut EP from frontman Seth Olinsky as Cy Dune.These three intense minutes suggest Japanese freaks Fushitsusha playing pop-punk with equal-parts precision and madness. This is the most urgent missive to arrive from any member of the Family in years.” – Pitchfork

“No Recognize is stuffed to the brim with primitivistic guitar stompers and gritty road tales perfect for helping you plan a weekend of adventure and debauchery. Or, like, it could probably make going to Home Depot and buying paint seem like the shit. Either way, we think you’ll enjoy this” – Noisey

For new project Cy Dune, Olinksy is louder and prouder, though certainly not “folk,” except in the sense that rock’n’roll was a dominant vernacular form of expression in the 20th century. “Make it loud / They can’t ignore us,” he sneers, demanding more and more, again and again, on new Cy Dune song “Move the Room.” – SPIN

Bandcamp Daily  your guide to the world of Bandcamp